This plan will bring cheaper renewable energy to Australian homes and businesses.

For nearly a decade, the Liberal Government’s mismanagement of our energy policy has been a threat to our economy – leaving Australia missing out on the jobs, growth, and opportunities that our abundant renewable resources could unlock.

* Put Australia on track for net zero emissions by 2050.

* Boost renewable energy in our grid.

* Upgrade the electricity grid to fix energy transmission and drive down power prices.

* Adopt the Business Council of Australia’s recommendation for facilities already covered by the Government’s Safeguard Mechanism that emissions be reduced gradually and predictably over time, to support international competitiveness and economic growth – consistent with industry’s own commitment to net zero by 2050.

* Protect the competitiveness of Emissions Intensive Trade Exposed industries by ensuring they will not face a greater constraint than their competitors.

* Roll out 85 solar banks around Australia to ensure more households can benefit from rooftop solar.

* Install 400 community batteries across the country.

* Demonstrate Commonwealth leadership by reducing the Australian Public Service’s own emissions to net zero by 2030.

* Work with large businesses to provide greater transparency on their climate related risks and opportunities.

* Re-establish leadership by restoring the role of the Climate Change Authority, while keeping decision-making and accountability with Government and introducing new annual Parliamentary reporting by the Minister.

* Labor will establish the $20 billion Rewiring the Nation Corporation to partner with industry to build the energy transmission system that Australia needs at lowest cost to consumers.

* The Rewiring the Nation Corporation will:

* Work in partnership with transmission companies, providing low-cost finance to lower the cost of building the ISP and lowering the energy bills of families and businesses

* Require that Australian workers and supplies such as Australian steel are used, consistent with Australia’s trade obligations. 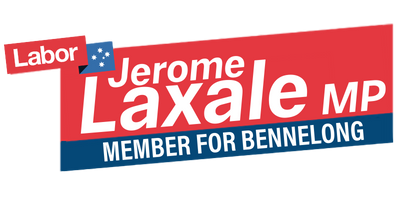